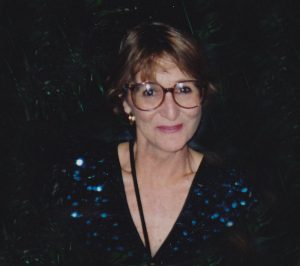 The Judith Goadby Memorial Award is in memory of Judith Goadby, an enthusiastic, tireless and much loved member of the Australian Masters squash family, who passed away suddenly in 1999.

Judith was a key member of both the Victorian and Australian Masters Squash Associations and a Board Member of the Victorian Squash Federation and Vice President of Squash Australia.

Judith enjoyed the social aspect of Masters Squash so much that she decided one night after a few glasses of champagne to participate in the game even though she had never picked up a racquet.  Despite having “no idea” on how to play the game she eventually was able to win a few games at the lower levels of Masters Squash.   Judith always maintained that winning was not important but participating was.  Judith epitomised the MASTERS SPIRIT.

Judith’s contribution to Masters Squash was extremely significant and she devoted a major part of her later years to the development of not only Masters Squash, but also Open and Junior squash.

Judith’s love and enthusiasm for squash and the spirit in which she played the sport, endeared her to all.  Judith embodied all that Masters Squash continues to strive for.   In all associations there are people like Judith who are dedicated and make significant and important contributions to Masters Squash.

In recognition of Judith’s exceptional contribution to squash in general and in particular Masters Squash on her passing AMSA now awards annually the Judith Goadby Memorial Trophy.  This Trophy is awarded to a player who embodies the spirit and enthusiasm Judith had for Masters Squash as a lower grade player, not necessarily a winner, and also an administrator.